You are the Salt did you know that? 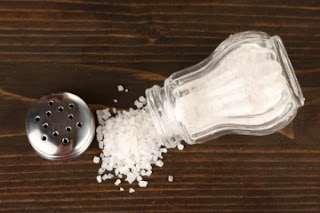 In a world full of LBGTQ rights, Religious rights that allow Islam to flow through America, Secular atheists bashing Christians and calling them stupid, it is only reasonable to see Christian's that are weak in their walk to bend under the pressure.  Some Christians will even start standing up for things that are clearly sinful in The Bible.   You may have even met people that call themselves Christians but when you question them about certain passages in the bible, they deny that those truths are for our time.
So what do you do when the Bible calls homosexuality sin yet your friends, who claim to be Christians, say "There is nothing wrong with it"?  What do you say when your friends, who claim to be Christians, say they believe some people that are Muslims can be saved as God will still save them even though they deny the Divinity of Jesus Christ or that He was even Crucified?    What do we do as Christians when it is crystal clear that killing babies with abortion is murder yet some of our friends are claiming to be Christian and even voting Democrat when the Democrat party embraces Islam and even presented us with a President (Obama) that said the Quran was Holy?   A President (Obama) that said we are no longer a Christian nation (and he said this with a smile on his face while saying it).
What do we do when at that time when Obama was President, he was even for Partial Birth Abortion where a baby is stabbed in the back of the head and murdered...while alive?  Yet President Obama said "I am a Christian?"  When his life was anything but Christian?  Jesus said that we are the salt and the light and He warned that if the salt loses it's saltiness then how could it be salted?  In other words, it is up to the Christian, the true Christian to be this last line of Defense to a fallen world.
The word of God says "The fear of God is the beginning of wisdom" and what does this mean?  It means we should hate what God hates and love what God loves.  This is the true meaning of wisdom.

Have some of our Christian friends (if we can even call them this..) forgotten the warning of Jesus Christ when He said " “Not everyone who says to me, ‘Lord, Lord,’ will enter the kingdom of heaven, but the one who does the will of my Father who is in heaven.22 On that day many will say to me, ‘Lord, Lord, did we not prophesy in your name, and cast out demons in your name, and do many mighty works in your name?’ 23 And then will I declare to them, ‘I never knew you; depart from me, you workers of lawlessness.’" - Matthew 7:21-23

So Jesus calls these people "Workers of Lawlessness".  So you cannot reason with a worker of lawlessness because they are lawlessness because their heart is far from God.  The person must change their heart themselves.  You can show them scripture, you can show them that homosexuality is sin but if they are lawless you will not be able to reason with them as their problem is with God and His holiness.   Jesus said "If you love me obey me".   So for strong Christians like you (the reader) it may feel sometimes that the world is going to hell and even people that say they are Christian are not speaking out against sin.
What I have learned as a strong Christian myself, is that these people tend to have low self esteem and so they crave the approval of their friends.  They tend to be those that very rarely attend church, if at all.  They seek the approval of others that do not have a heart for God and if they dare stand up for what is right..and if someone comes against them...immediately they back off as their low self esteem cannot bear to be ridiculed and since they are never rooted and grounded in God's word they cannot spar intellectually with their unbelieving friends.
So what is the solution to this issue?  At the top of this article is a picture of salt.   You are the salt.  You....so as a Christian it is up to you to be the salt and it is up to you to speak out against things that are wrong as this pleases God.  For example if the topic of homosexuality comes up you talk about what the word of God says.  How it's sin but even those in the sinful life of homosexuality can repent, and turn to God.
So what is the solution when your friends say they are pro-abortion?  You talk about how it's murder and we all should have "the right to life".  In America our founders also said that everybody has the right to life, liberty and the pursuit of happiness.  If they can murder a baby....what can't they do?   If evil people can flippantly talk about murdering a baby as if it wasn't a human...what evil won't they do?  Murdering a baby is as bad as it gets.
Now if you are reading this and this article strengthens your faith in God's word and makes you feel like "you know what I am talking about"...then you are the salt.  If however this article angers you, you are part of the problem and not the solution.  I would strongly urge you to ask yourself a question?   Do you fear God?   Do you have respect for the word of God?  All of God's word?   Or do you pick and choose what you like and disregard the "tough" passages?
For the readers of this article that are bold for Christ "this is what is needed".  When our timid friends see your boldness this rising tide of bravery will lift all boats.   It is also true that a lowering tide lowers all boats.  So the bolder and braver you are the bolder your Christian friends will become.  Why?  Because you are the salt.